In this paper I first introduce the concept of intersectionality, especially as it has been presented by de los Reyes and Mulinari (2005), and I then present some examples from my doctoral study to illustrate how I use the concept in the analysis of power relations in connection with abuse of women with physical disabilities. I conclude by pointing out that I have tried to show how power relations related to gender, age, disability and also to professional power play different roles in different abusive situations. The social categories have shifted on being the dominant category, often in interaction with another category, and in some abusive situations some of them have either strengthened or weakened each other. Disability as a social category has not been the most prominent category, but it has played an important role as an underlying factor by contributing to situations where women have been vulnerable to abuse, and where the other social categories have been free to interplay and jointly create potential abusive situations.

Intersectionality used in the analysis of power relations in connection with abuse of women with physical disabilities | (rapportnr. 200716) 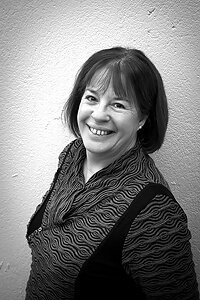 ”Vulnerable, exposed and invisible?” A Qualitative Study on Violence and Abuse against women with Physical Disabilities

Intersectionality, Power relations and Abuse of Women with Physical Disabilities