Norway’s armed forces should be more open about what kinds of quotas exist and are being used. That is one of the recommendations from the Eastern Norway Research Institute’s project “Recruiting, socialisation and military core competency”, which is presented today. On commission from the Norwegian Ministry of Defence, the Eastern Norway Research Institute has carried out a major research project between 2011 and 2014 in the different divisions and educational institutions within the armed forces. The purpose has been to better understand and to explore the possibilities for increasing the organisation’s diversity.

“Our research clearly shows that gender quotas represent a theme which ‘everyone’ is aware of and has an opinion on, despite the fact that most people do not know whether or how the quota system works,” says project leader Trude Hella Eide.

“It is a paradox that employees believe quotas are often used in order to hire women, while the employer says gender quotas are rarely or never used.” 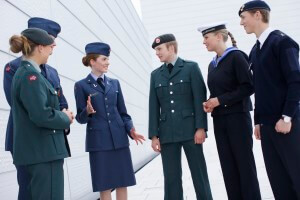